The Marona peak is one of the favourite ascents for hikers in the Italian National Park of Val Grande. The climb is long and tough, and it has some exposed passages that are equipped with old chains. Here people can get in contact with the abyss: not only the physical abyss of the rocky gorges, but also the interior abyss evoked by the fogs, the rugged stony ground, the wind that gasps and enrages, without any rule. These interior chasms are supported by the Marona's toponyms: the Devil's Pass and the Holy Stairway remind of ancient myth of demoniac pacts.

I decided to climb the Marona peak with my mountain bike, but already before leaving I know this tour will not be much rideable. Up to Pian Cavallone I can actually get to ride on the bike for many sections, but the I run into the enormous shapes of mounts Balmitt and Cugnacorta, and from there on I will have to carry the bikes. 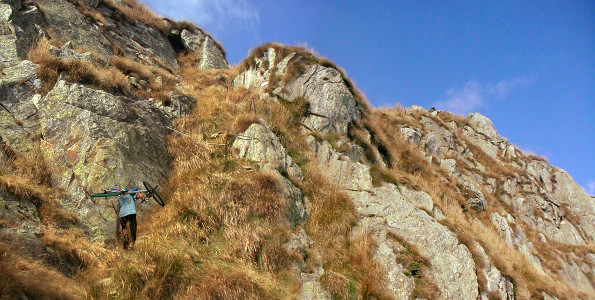 I wander in the fog, up and down in the knee deep rhododendron, looking for trails between the rocks and the slippery meadows. Everywhere the places and the feelings of the myth are to be found. Finally I reach the summit by following the path, that is the only safe way up here. 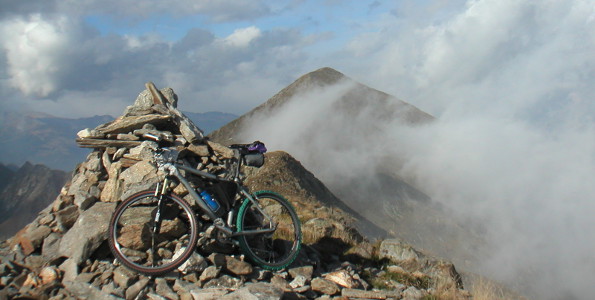 The first part of the discent is unrideable as well. But after passing the toughest sections, I can start considering riding a little, but it's all to be done in trial style, no way to build speed. 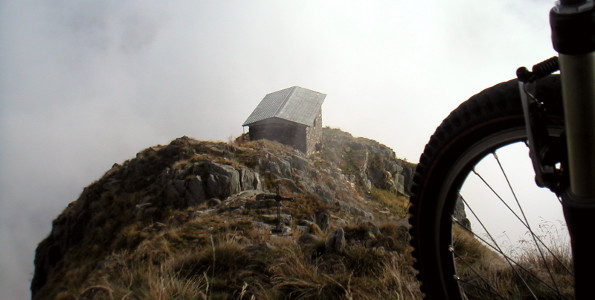 From Pian Cavallone the descent gets more interesting. I head east, on the trail that traverses Pizzo's slopes, and goes past Sunfai. In Gabbio I get to the paved road. 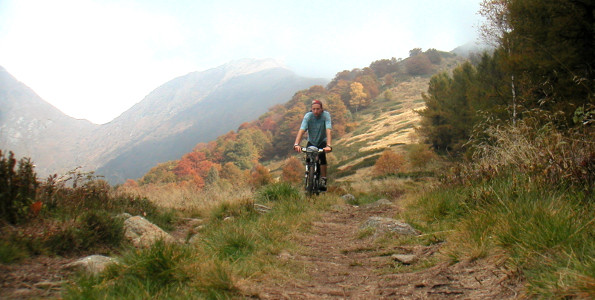 The rest of the descent is short, and I miss already the land of the myths.